Since the 12 Ducks of Duckmas we haven’t had a post and so far this year there has been a severe lack of baking going on 🥺.

However this has now been rectified by our first charity bake of the year!! My fabulous flat mate is running the London Marathon for PDSA in a couple of weeks and a cupcake sale is always a fab way to boost donations. You can visit her fundraising page by clicking here. PDSA help lots of animals, because every pet deserves an awesome vet. Just in case my words are not enough here is a photo of my beautiful boy. His face is definitely enough. Yes I am biased. Last weekend I went to Morrisons. This turned out to be a disaster. Thanks to a very badly maintained carpark and seemingly a lack of care from anyone at Morrison’s these cupcakes actually cost me £179.99 in the shape of a new tyre. Keep thinking of all those little dogs, cats and other pets who need help. That’s what I kept telling myself as my car sank towards the floor.

However during this drama I discovered some rather delightful cocktail flavouring and they actually taste amazing. 4 flavours in a box and I managed to make enough great tasting frosting to ice over 50 cupcakes. You’ll be happy to know that these will not cost you £179.99, but rather £2.30 and are available from Morrisons or by clicking on this link. They are made by Cake Decor which I love. Their website is full of amazing cupcake inspiration, check them out at MyCakeDecor.co.uk. 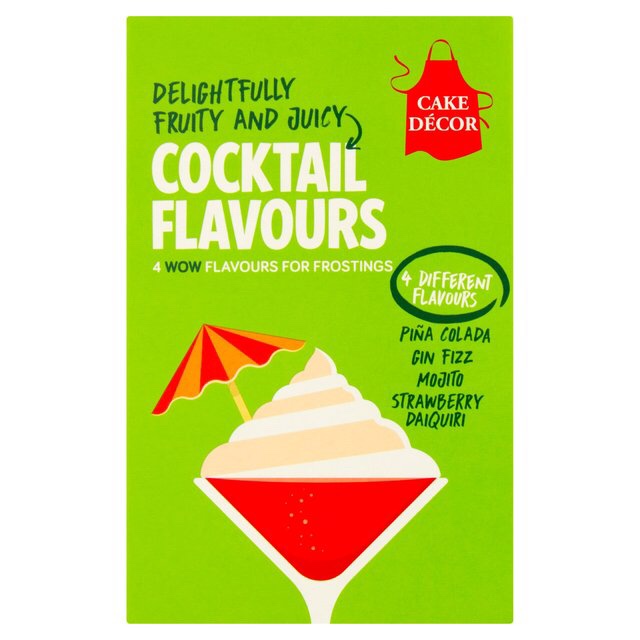 I chose vanilla cupcakes so that the focus would be on the cocktail flavouring and buttercream icing as this pipes beautifully! I used half the vanilla extract and substituted the rest of it with the cocktail flavouring. After several blind taste tests I can confirm that they actually taste like the cocktails and this may actually be the best frosting I’ve ever made! I used a little bit of gel food colouring to mimic the cocktail and some decorations/glitter to make them sparkle. Finished results are below! 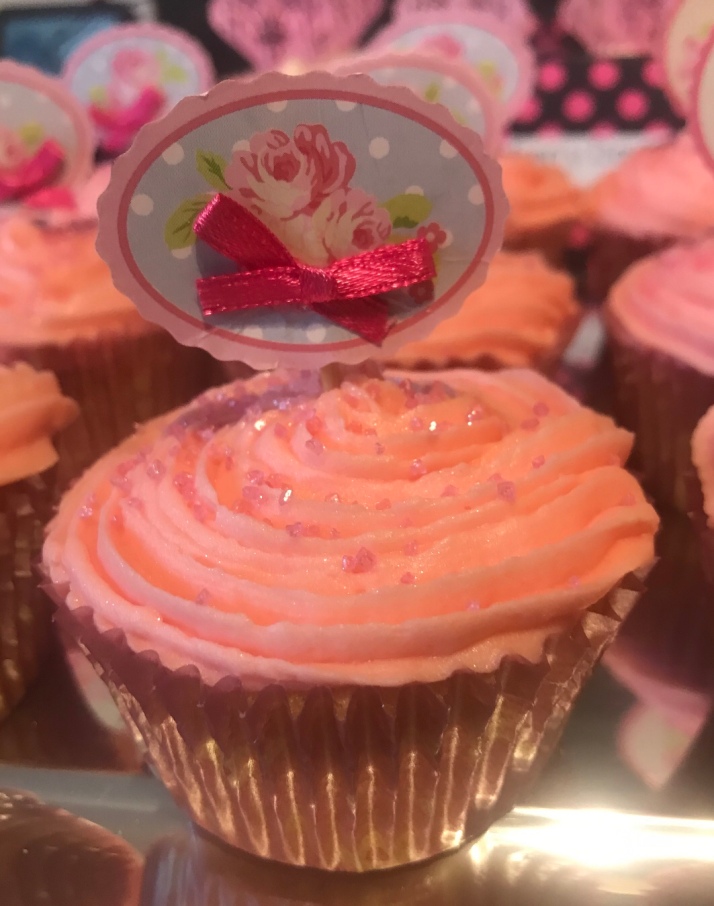 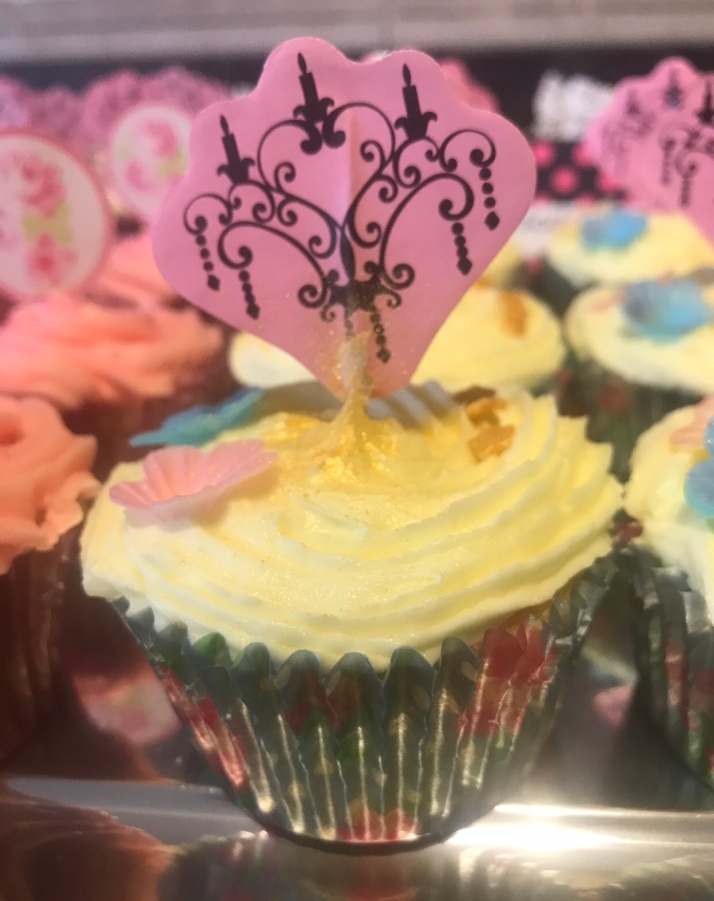 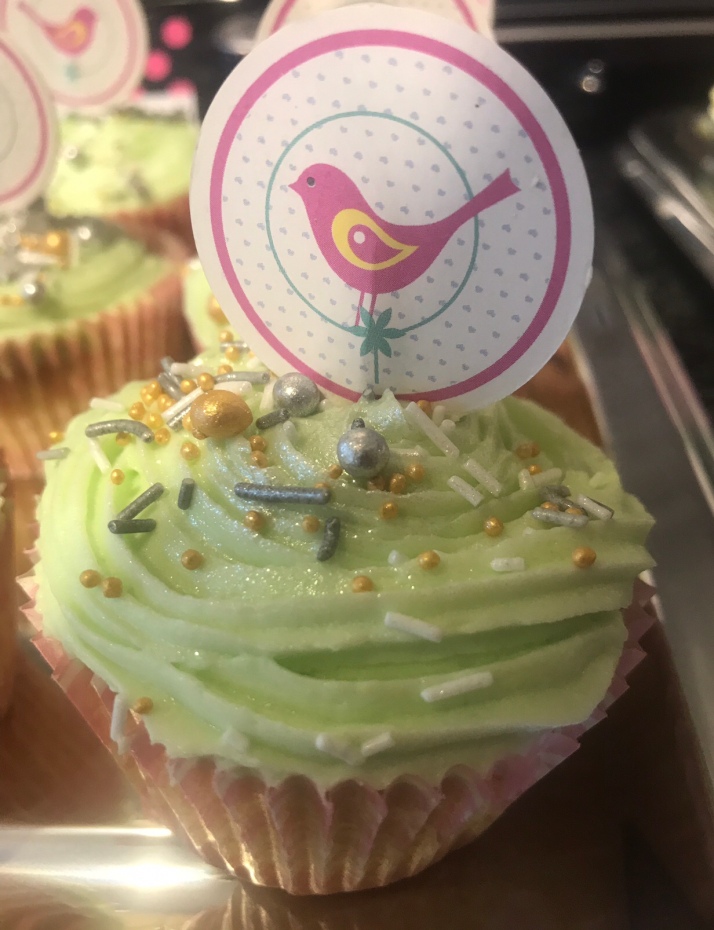 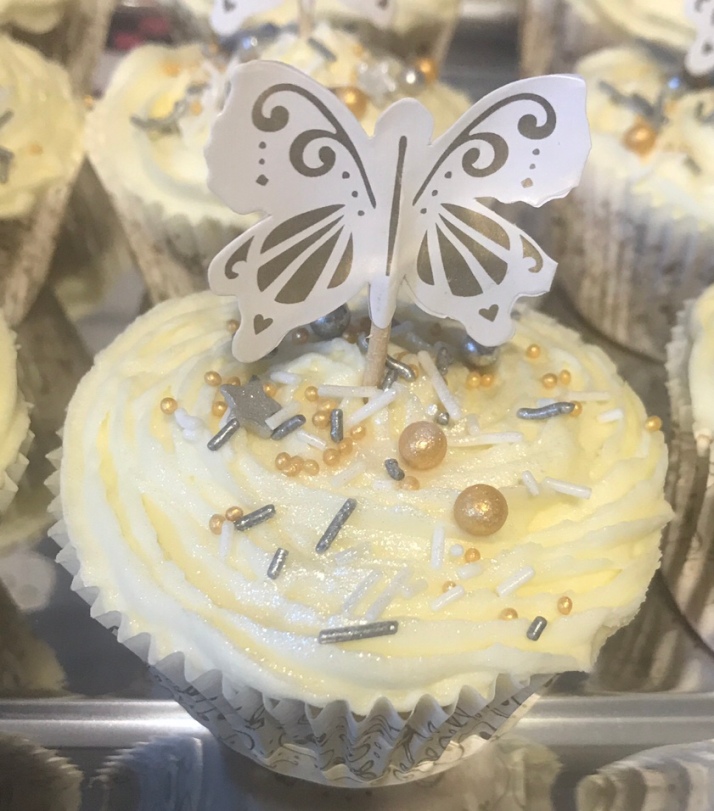 Gin Fizz (This was my favourite!!!) 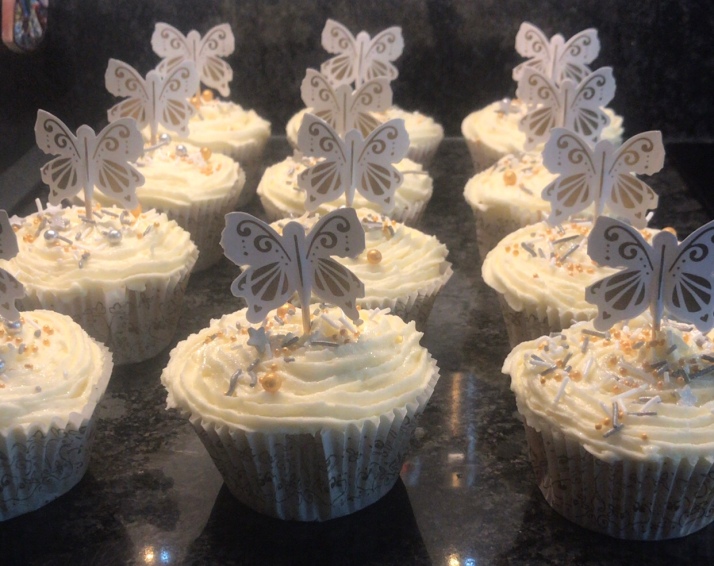 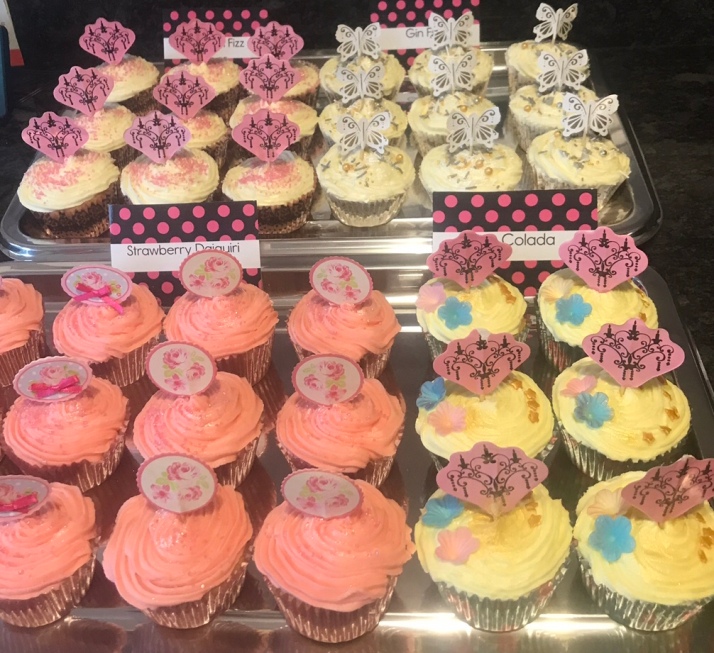 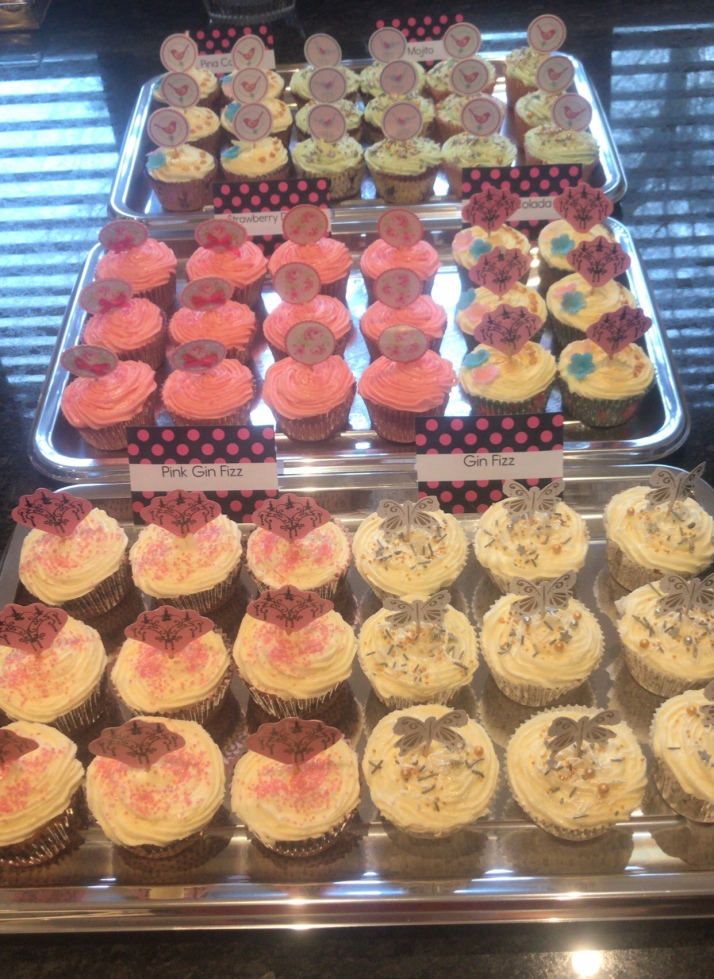 As I honestly wasn’t expecting the flavouring to be as good as it was, I have a box left over! I had to play this one safe due to it being charity cupcakes, but next time round I’d like to try and infuse the sponge with the cocktail and make the ultimate boozy cupcake. Any volunteers?